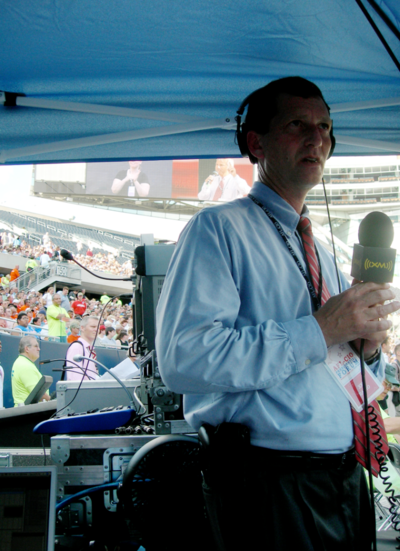 Scott Walterman has been in the broadcast news business for most of his life.  He started in his hometown of Miami at WCIX-TV.  He's worked for some of the largest names in the news business including ABC, CBS, NBC and RKO.  He has worked at the network level and also at some of the largest radio and television stations in the country including WOR New York, WTVJ Miami, WFLA Tampa and many others.

During his career, he has been at the forefront of bringing new concepts to operational reality.  Working with ABC News, Scott was responsible for helping to expand the Washington Area News Distribution into a private network - providing long-form news coverage to corporate clients.  This innovative concept was one of the first new media projects to be undertaken on a national scale at the dawn of the internet age.

At Ryder Communications, as executive vice president, Scott helped launch a multi-million dollar communications company.  Ryder was one of the first companies to take advantage of the opportunities in the new media world following the breakup of AT&T.  While there, the company grew from seven employees to more than 400 in three years.

At NBC News he was a member of the team that unified NBC's look and content on the internet at the launch of msnbc.com and the MSNBC network.  The website and the network of connecting NBC sites became the most visited news website on the net.  He led the push to use audio and video content and uploaded the first such national content from the Miami portal.  He was also part of the team that relaunched the NBC Radio Network in 2003.

In his role as Senior Director of News Programming at XM Satellite Radio, Scott was tasked with building a new division for the multi-billion dollar start-up from the ground-up - personnel, technology, strategic alliances and 24/7 news content.  At XM, Scott was able to develop new programming; from individual shows on existing channels to the creation of completely new streams - from concept to broadcast operations.  He created and launched several completely new formats.

Utilizing cutting edge technology and innovative processes for gathering and disseminating news and information, Scott was able to launch the first ever satellite radio news channel.  This success lead to Scott being tasked with creating and launching other 24/7 channels including XM Public Radio with Bob Edwards, Red Cross Radio, POTUS (The 24/7 Presidential Election Channel) and the USA Today News Channel.

Throughout his career as an anchor and reporter, Scott has traveled the world covering many national and international news stories and has been honored with several national Associated Press and United Press International Awards for his work.